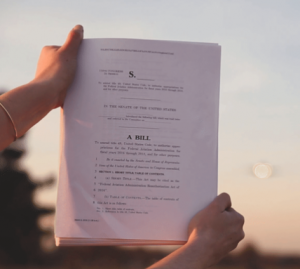 The new proposed FAA Reauthorization package has been made public.  It’s wordy, complex, and confusing – and the headlines haven’t made understanding what’s inside easier.  There are several points of critical importance for the drone industry to understand.  The proposed Repeal of Section 336, the Integration Pilot Program, the “Safeguarding the Skies” Act, the enforcement of drone laws and the timeline for drone integration are all addressed in the bill.

Without expressing an opinion on the proposed regulation, this series of short articles will provide a plain English explanation of each of these issues as written in the bill.  This explanation is for educational purposes and is not to be construed as legal advice.

The current extension of funding for the FAA expires at the end of this month.

First, some context.  This section is an attempt to clarify – or at least establish a process which will eventually clarify – the issue of which agency is in charge of the airspace.  Up until the current time, the FAA has maintained that they have sole authority over the airspace, a concept known as “preemption.”  However, despite significant efforts by the FAA to prevent this, state and local governments have continued to propose and sometimes pass laws that limit the flight of drones and regulate local airspace.

This section of the FAA Reauthorization package is lengthy, and covers a lot of ground.  First, the bill calls upon the FAA to start another pilot program – this one based around anti-drone technologies that will enable authorities to identify operators of drones flying illegally.   As part of the pilot program, the FAA is to establish a reliable reporting system for local law enforcement departments to enter reports of illegal drone use.

From this database, Congress wants an annual report detailing the number and type of incidents involving unauthorized drone flight, and the number and type of enforcement actions taken by the FAA or any other federal agency.  In addition, the FAA is to make recommendations on any necessary changes to regulation or the appropriate anti-drone technologies that might be used to better enforce drone regulations.

The study is then supposed to identify any gaps or inconsistencies of laws passed at all levels, and decide:

1)  What level of consistency and what parameters should be in place to ensure the growth of the commercial drone industry;

2) What level of regulatory authority should reasonably be accorded State, local and Tribal governments concerning drone operations; and

3) What infrastructure is necessary at a local level for State, local and Tribal governments to effectively enforce drone regulations (such as tracking or ID, or drone monitoring infrastructure.)