EasyJet’s finance director has said he will leave the business, just days after winning a vote that could have cost him the job.

Andrew Findlay plans to work out his year-long notice period and will step down in May 2021, he said on Tuesday.

His announcement comes just one working day after shareholders voted to save his job, and those of other top directors.

It was the culmination of a bitter battle between Sir Stelios and the board over a massive deal to buy more than 100 aircraft from plane-maker Airbus.

The tycoon argued that the £4.5 billion contract could end up bankrupting the budget carrier.

However, chairman Mr Barton said that abandoning the deal might force easyJet to change its business model.

“The board believes that termination would be hugely detrimental and seriously impact the company’s ability to operate as a low-cost airline,” he said.

On Friday, nearly all of the votes not cast by Sir Stelios came down in favour of the board.

However, as he owns a big chunk of the company, 42% of the votes cast still demanded the head of Mr Findlay and the other directors.

“I would like to thank the shareholders who supported me and my fellow directors in the recent general meeting. I intend to repay that support in the coming year,” Mr Findlay said after announcing on Tuesday that he would be leaving.

He added: “Although I have given notice to leave easyJet in a year’s time, I remain fully committed to the business to support Johan and to ensure easyJet successfully weathers this unprecedented time for the airline industry.

“By the end of my notice period I will have been with this great company for almost six years and it will be the right time to pass the financial reins to someone who will help take easyJet into its next chapter.”

Chief executive Mr Lundgren said: “As the longest standing member of the airline management board, Andrew has and continues to provide solid financial steerage and guidance. This has been particularly so during recent months when he was quick to secure liquidity and deliver a significant reduction in cash burn.

“I speak on behalf of my fellow colleagues in that we will be sorry to see him leave next year; however, we all look forward to working with Andrew over the coming 12 months as we successfully steer easyJet though this unprecedented time for the industry.”

Dr Andy Palmer is to leave his position as chief of Aston Martin amid a collapse in the luxury car-maker’s share price.

The firm announced that he is to be replaced as chief executive by Tobias Moers, who currently runs Mercedes-AMG, which is the German manufacturer’s high-performance division.

The number of vehicles sold by Aston Martin almost halved in the first three months of the year, as it was hit by the beginning of the coronavirus crisis.

The company had already been struggling before the crisis hit, and its share price is down 94% compared with when it listed in October 2018.

Shares were up around 40% on Tuesday.

Aston Martin said in a statement that Dr Palmer and the board “agreed that he would step down as president and group chief executive”.

Dr Palmer said: “It has been a privilege to serve Aston Martin Lagonda for almost six years.

“The launch of many new products, including the new DBX, demonstrates the dedication and capability of our employees.

“I would like to thank my management team and all the staff for their hard work and support, particularly during the challenges presented by Covid-19.
“I am proud of you all and it’s been an honour to work with you.”

The firm’s executive chairman, Lawrence Stroll, thanked Dr Palmer for his “hard work, personal commitment and dedication” but claimed “now is the time for new leadership to deliver our plans”.

Mr Moers will join on August 1 and will be based at the company’s headquarters in Gaydon, Warwickshire.

He said: “I am truly excited to be joining Aston Martin Lagonda at this point of its development.

“I have always had a passion for performance cars and relish the chance to work for this iconic brand.”

Coronavirus test kits and protective equipment are among the medical supplies to be delivered to an island via drone.

Health authorities in Argyll and Bute, where the trial is taking place, said the two-week scheme will enable patients to be diagnosed more quickly.

Urgently needed supplies will be flown between Lorn and Islands District General Hospital in Oban and Mull and Iona Community Hospital in Craignure, Mull, around 12 miles away over the sea.

London-based drone delivery firm Skyports will carry out the trial and operate the flights, cutting delivery times to around 15 minutes.

Currently, the supplies are mainly delivered via road and a 45-minute ferry crossing.

Those behind the scheme hope it will enable drone deliveries to be set up for other health boards across the UK.

They said it marks a milestone for drone flights in the UK as the medical deliveries will be going out of sight of the operator.

The project is a collaboration between Skyports and Thales.

“The use of drones provides real opportunities to improve services and will help enable quicker diagnosis for our patients.”

He added: “Skyports is proud to assist the NHS in Scotland with their Covid-19 response, helping to provide the essential healthcare that people need in harder-to-reach areas.

“Our trial in Argyll and Bute provides an important short-term response to the current pandemic and lays the foundations from which to grow a permanent drone delivery operation across a network of healthcare facilities around the country.”

Alex Cresswell, chief executive of Thales UK, said: “This trial demonstrates the positive role that unmanned technology can play in our society and represents a landmark step to accelerate its adoption.” 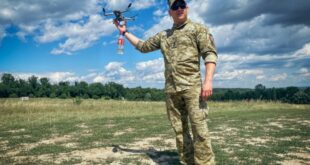 Ukraine spy chief appeals to Britons to ‘send us your drones… 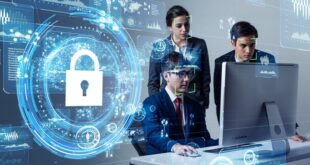 Why Shares of Palantir Technologies Are Up Today