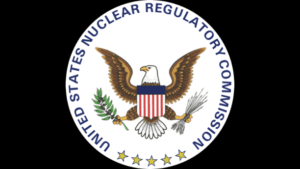 “Drone Sightings” over airports, infrastructure, or secured areas of any type are often reported.  “While these sightings often make headlines, the Nuclear Regulatory Commission believes there are no risk-significant vulnerabilities at nuclear power plants that could be exploited by adversarial use of currently available commercial drones,” says the memo.

Should the FAA Restrict Drone Flight Over Nuclear Power Plants?

The Federal Aviation Administration issued a Notice to Airmen in 2004 advising private pilots to avoid airspace over nuclear power plants; this notice was later revised to include drone overflights. In late 2019, the nuclear industry began coordinating with the Department of Energy and the FAA to explore the possibility of restricting drone overflights of nuclear power plants.

The memo asks nuclear power plants to continue to report sightings of unmanned systems over their protected sites – but reminds plant security forces that they do not have the authority to try to intercept or shoot down any aircraft flying overhead, manned or unmanned.

“As the frequency of drone sightings at nuclear power plants increased, the NRC initiated a technical analysis with Sandia National Laboratory to gauge the extent of the threat drones pose,” explains the memo.

“…The technical analysis concluded that U.S. nuclear power plants do not have any risk-significant vulnerabilities that could by exploited by adversaries using commercially available drones to result in radiological sabotage, theft or diversion of special nuclear material (essentially the reactor fuel),” the memo continues. “In addition, the study concluded that any information an adversary could glean from overhead surveillance using drones is already accounted for in the NRC’s design-basis threat, which assumes adversaries have insider information about the plant and its operations.”

It remains to be seen if this memo will have any effect on the FAA’s decision to limit sUAS overflights at nuclear sites.  However, the memo does provide additional evidence in favor of lifting restrictions – and making it easier for commercial unmanned systems to help with the critical inspection and maintenance of nuclear power plants.