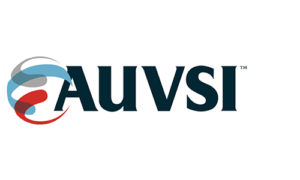 As regulations and technology shift, the need for drone industry advocacy has never been greater.  AUVSI is expanding their department to meet that need.

Today, The Association for Unmanned Vehicle Systems International (AUVSI), the leading non-profit organization devoted to the advancement of unmanned systems and robotics, announced the addition of several new members to its advocacy staff. These new members will expand the association’s expertise across domains, strengthening its ability to advocate for the industry at all levels of government.

Joining the AUVSI team as a Manager of Government Affairs is Max Rosen. Bringing bipartisan and bicameral experience and expertise in federal transportation and technology policy, Rosen was most recently Vice President at Elevate Government Affairs, where he served as a consultant to AUVSI. Rosen previously served on the staff of the U.S. House of Representatives, Committee on Transportation and Infrastructure, Aviation Subcommittee, where he worked on unmanned systems and other aviation policies.

Scott Shtofman joins AUSVI as the organization’s new Manager of Grassroots Advocacy & Chapter Engagement. A licensed attorney and certificated Part 107 Remote Pilot, Shtofman brings experience supporting drone operations and policy, as well as his perspective as a past member of the AUVSI Air Advocacy Committee and Secretary of the AUVSI Lone Star Chapter. He will help to extend AUVSI’s reach at the state and local government levels, as well as expand the association’s grassroots network.

Also coming aboard is Anna Dietrich, who joins the AUSVI team as a Policy Advisor to consult on drone and advanced air mobility (AAM) policy issues, with an emphasis on beyond visual line of sight (BVLOS) and autonomous operations. The founder of AMD Consulting, Dietrich is an industry-recognized leader in policy, certification, and government relations for AAM and electric vertical take-off and landing (eVTOL) aircraft. As one of AAM company Terrafugia’s original co-founders, she brings the industry experience of several executive-level positions advising leaders in the private and public sectors as well as providing key industry thought leadership.

“The core of AUVSI’s mission is to foster good public policy at the local, state, tribal, federal and international levels, which is critical to promoting a viable ecosystem for the unmanned systems industry and allowing for growth in the commercial, civil and defense markets,” said Michael Robbins, AUVSI’s Executive Vice President of Government & Public Affairs. “By expanding our capacity to shape and respond to policymaking at all levels of government, AUVSI is investing in the industry’s future at a critical moment when economic, societal, and geopolitical momentum and technological advancements are converging.”

AUVSI’s commitment to growing its advocacy capacity will enable the association to advance its work on critical issues across domains and sectors. The air domain will see a greater focus on BVLOS policy development and promotion, as well as the creation of a roadmap towards trusted autonomy in the commercial and defense sectors. Defense acquisition reform for unmanned systems in the air, ground, and maritime domains continues to be a key strategic objective for AUVSI, which is collaborating with stakeholders in the DoD and the U.S. Navy to work towards significant improvements to provide warfighters with new technologies. Recently, the organization also put in place an Automated Goods Movement Working Group to focus on policy enablement of automated freight handling, with an emphasis on enhanced supply chain logistics.