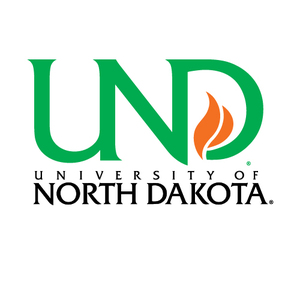 GRAND FORKS, N.D. – Senator John Hoeven today announced that the U.S. Department of Homeland Security (DHS) has awarded more than $1 million to the University of North Dakota (UND) to advance efforts to counter potential threats from unmanned aerial systems (UAS). Under the contract, UND will research the current capabilities, limitations and constraints of existing UAS technologies to assess potential threats. Following this assessment, the university will lead counter-UAS demonstrations to evaluate techniques for threat mitigation.

The contract is made possible using funds that Hoeven secured through his role on the Senate Homeland Security Appropriations Committee. Further, the research being conducted aligns with the senator’s broader efforts to ensure the safe integration of UAS into the national airspace. This includes:

“We’ve built North Dakota into a premiere location for unmanned research, development, training and operations, and UND has been a pivotal part of these efforts,” said Senator Hoeven. “That’s why we made the case to DHS to utilize UND and our state’s expertise in developing these counter-UAS technologies. This is an important part of our efforts to ensure unmanned aircraft can be safely integrated into our airspace and unlock this technology’s potential, both for our economy and our national security.”

“This contract with the Department of Homeland Security is yet another example of the critical role the University of North Dakota plays in the research and development of UAS technologies, and I appreciate Senator Hoeven’s continued partnership with our institution in making opportunities like this a reality,” said UND President Andrew Armacost. “Our efforts to advance beyond visual-line-of-sight technologies for UAS are leading to new opportunities in the areas of national security and counter-UAS measures to address the threat of drones used for illegal purposes.”

“The University of North Dakota and Northern Plains UAS Test Site team brings together a tremendous set of capabilities to address the significant challenges associated with countering threats posed by unmanned/autonomous systems,” said Mark Askelson, executive director of UND’s Research Institute for Autonomous Systems and UND’s ASSURE lead. “That team, including RIAS, the John D. Odegard School of Aerospace Sciences, the Northern Plains UAS Test Site and private-sector partners, is excited to partner with the DHS Science and Technology Directorate to assess future UAS capabilities, potential threats and demonstrate means to counter those threats. This work aligns closely with previous and ongoing efforts at both UND and the NPUASTS, and is part of a broader strategy to increasingly use or capabilities to help solve important national security challenges. We are grateful to our leadership and to the DHS for this tremendous opportunity.”

“We are grateful for the UAS ecosystem in North Dakota. We have tremendous capabilities at UND – between our Colleges, the Research Institute for Autonomous Systems, and the Northern Plains UAS Test Site, among others – to collaborate on multiple levels with entities such as DHS. With regard to UAS education, research and training, this research award is a clear win for UND students, faculty and the state,” said Paul Snyder, director of UND’s UAS program. “After the recent signing of a Cooperative Research and Development Agreement for UAS Operations with DHS/CBP, this additional award related to air domain awareness and counter-UAS (ADA/C-UAS) activities will continue to strengthen our relationship and ability to collaborate even more in the future.”

Project to test food delivery through drone launched in Isla… 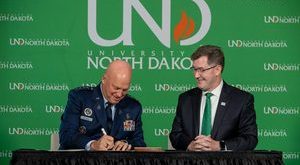 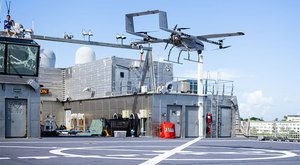