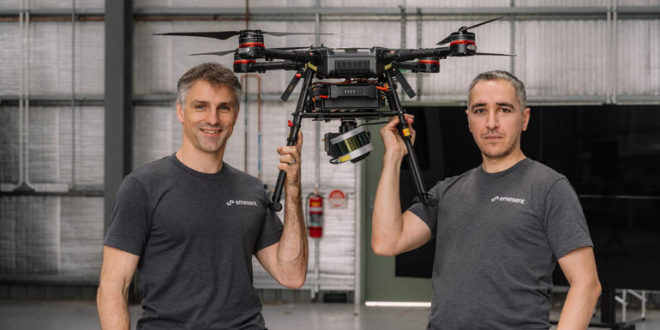 A drone company spun out of the Commonwealth Scientific and Industrial Research Organisation (CSIRO) has collected AU$3.5 million in a funding round led by the CSIRO Innovation Fund, and joined by mining executive Andy Greig.

Emesent will use the cash to commercialise its Hovermap product, which uses a drone and lidar to autonomously create 3D maps for underground areas, and grow its staff to 25 people.

“The data we gather improves a mine’s productivity and provides a better understanding of conditions underground, all without sending surveyors and miners into potentially hazardous areas.”

Hovermap is already used in Australia, the United States, Canada, China, and Japan, and last year completed a beyond line-of-sight drone flight in a mine 600 metres below the surface in Western Australia.

“This has been harnessed by the environment we have created at CSIRO, where deep science combines with innovative ideas and agile minds to create game-changing technologies,” Marshall said.

“I think there is a bit of a misconception on what a startup is these days, because startups are just SMEs after the media has lost attention, once they become real companies,” Marshall said at the time.

“In CSIRO, we do digital innovation, but we also do deep science innovation, things people generally don’t think of as tech or innovative, but they are. Things like cotton, we are actually developing, believe it or not, a cotton that doesn’t need to be ironed, that competes with the properties of synthetics.”

Marshall said science is a wellspring for startups, but, because it’s outside the realms of digital technology and the internet, is viewed differently.

“From our perspective, they are every bit as innovative, in fact, in many cases more so and have, I think, a more profound impact often on the economy,” Marshall added.

Dotterel has partnered with Massachusetts Institute of Technology to fund aerospace students interning at the company.

“These are the top students who are turning down opportunities at Lockheed Martin to come and work with us,” co-founder Shaun Edlin said.

“They’re getting the opportunity to assist on R&D projects where they are engaging in some of our leading-edge, blue sky research that will eventually lead to our next iteration of products.”

CSIRO: Our science startups are better for the economy than techbros

CSIRO CEO Dr Larry Marshall points out the obvious: That startups are just small businesses, only with less media excitement.

Sensors and automated traps will be used to monitor the pest that causes AU$300 million annually.

The CSIRO Energise app has been developed to allow individuals contribute to national energy research in Australia.

Only 2 percent of Australia’s annual 3,300 tonnes of lithium-ion battery waste is recycled, but the CSIRO reckons 95 percent of it can be.

CSIRO’s Canberra Deep Space Communication Complex is one of three stations responsible for providing around the clock tracking for 40 spacecrafts studying planets in the solar system, comets, the moon… 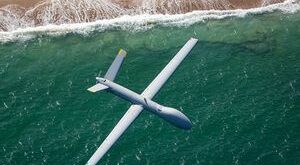