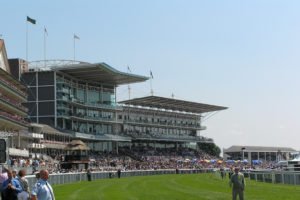 Whether it’s spying on trainers or just trying to take unauthorized photos, drones aren’t generally welcome at the racecource.  So at the four day Welcome to Yorkshire Ebor Festival, held at York Racecource, Crowded Space Drones worked with the North Yorkshire Police to deal with numerous illegal drones flying overhead.

Unauthorized drones over large events are certainly nothing new: but at the York Racecources, authorities took the danger to onlookers and horses very seriously – and implemented an effective counter drone operation for the length of the festival. 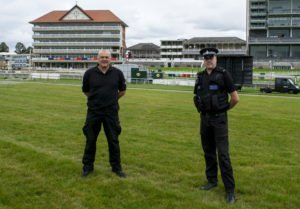 P.C. Paul Beckwith, Chief Pilot of North Yorkshire Police Drone Unit commented on the operation “Protection of the public from harm is a key priority for North Yorkshire Police, and with the recent rise in incidents we devised this operation to help educate drone users and enforce where necessary. Every drone user should ensure they are fully compliant with the drone code and hold a CAA permission when undertaking commercial activities.

I am delighted this operation was so successful, not only in protecting the public, horses and their riders from harm, but also in educating some members of the public on responsible and safe drone use. We believe the afternoon of racing on the Knavesmire is not an appropriate place to be flying your drone, given the potential dangers involved.”

Andrew Hamilton, former Civil Aviation Authority (CAA) Drone Unit lead and now Director of Operations at Crowded Space Drones explained the mission: “We deployed a panel of Drone Detection equipment which is able to accurately pin point drones within 25km of the event and provide evidence of the manner of flying, altitude, pilot location and much more.

Our Evidence Gatherers on the ground then respond to these locations and triage detections to identify if they are lawful flights. Where a flight is unlawful, we then notified North Yorkshire Police for their attendance at scene and capture further evidence to enable prosecutions, where appropriate.

Words of advice were given to some hobbyist users who simply had misunderstood the drone code, but more serious incidents involved CAA permission holders who were not flying in accordance with their permission. Evidence collected of this has been shared with the CAA for their own investigation and action.”