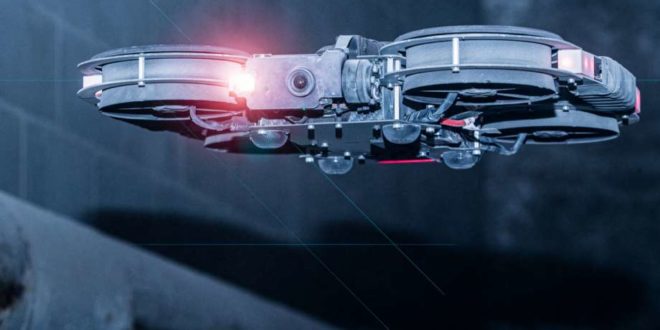 State-of-the-art technology and mythical creatures are terms not typically seen in the same sentence. Still, Digital Aerolus industrial drones are used in a new TV series that features technology innovation to explore the legend of Bigfoot.

Mythological lore meets the latest technology in the Travel Channel series “Expedition Bigfoot.” The series follows an elite team of skilled researchers using an advanced data algorithm and groundbreaking technology to analyze fifty years of Bigfoot sightings and to pinpoint when and where the team might encounter the ancient beast.

How Drones Helped Search for Bigfoot

Digital Aerolus drones caught the attention of Railsplitter Pictures, a New York-based production company, for their unique ability to fly underground without the use of GPS.

Executive Producer Pete Ritchie says it was the radical tech innovation that drew him to the company:

“To tell our story, our team had to face dangerous, treacherous locations regularly. Important pieces of that story would not have been told if not for the technology of Digital Aerolus drones. They allowed us to investigate places the team could not have safely explored on their own. As a TV producer, I’ve been working with drones since they first became commercially available. I’ve never seen one do what these drones can do.”

Digital Aerolus CEO Jeff Alholm thought he was “punk’d” when he got the call from Railsplitter, the production company that creates the series.

“We’re a team of engineers and scientists – we’ve even got a couple of Nobel Laureates in our group. I thought the guys were messing with me when I got the call. It’s a fascinating show and a great use case for our technology. We’re pleased to have been a part of it.”

Travel Channel’s new eight-part investigative-adventure series Expedition Bigfoot, premiered Sunday, December 8 at 10 p.m. ET/PT, and tracks the expert search team as they use high-tech tools to explore the truth behind the Bigfoot legend.

For the original version on PRWeb visit: https://www.prweb.com/releases/breakthrough_tech_explores_the_truth_about_bigfoot/prweb16862602.htm