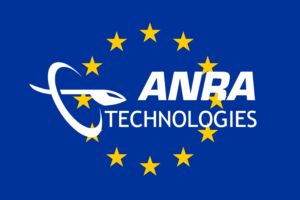 ANRA in EU New Base in Estonia Allows Engagement

“As a global company, we have been waiting for the appropriate time to establish our business in Europe and believe now is the right time to invest in the EU to expand our SmartSkies portfolio,” said ANRA Technologies Founder and CEO Amit Ganjoo . “Estonia is a terrific fit for ANRA, and we have already begun to engage and collaborate within the EU.”

“Estonia is rapidly moving towards a digital gig economy and is attracting technical companies to support that evolution. ANRA learned this first hand when invited to partner with Estonia organizations to win a recent an European Space Agency UAM tender, experiencing a favorable business climate that was conducive for establishing our presence in the EU,”  Ganjoo tells DRONELIFE.

Europe’s long-term economic prosperity and support for innovative technologies that support autonomous aircraft operations were of interest to ANRA, and research opportunities and a supportive regulatory environment will serve to aid in the development of technologies that will advance the company’s continued economic growth.

“We are extremely happy to see that our local innovation ecosystem has attracted ANRA Technologies to land here in Tartu. Our recently established new flagship initiative ZeroEST aims to provide an excellent sandbox for testing autonomous mobility solutions,” said Tartu’s Vice Mayor, Raimond Tamm. “Now we are seeking frontrunners to establish their subsidiaries to exploit the potential of the Tartu region and start growing together. Tartu aims to become the leading development centre for Urban Air Mobility in the Nordics.”

“ANRA is uniquely positioned as an international thought leader while leading standards development, participating in aviation rulemaking efforts, and building world-class software platforms,” said Dr Ajay Modha, ANRA’s Head of Business for the United Kingdom. “We can help with the harmonisation of aviation digitization for the EU and globally for autonomous aircraft.”

ANRA is currently taking part in European Union Aviation Safety Agency Joint Undertaking for a large-scale demonstration for Urban Air Mobility (UAM) in the AMU-LED consortium as a provider of U-space services for Vertical Takeoff and Landing (VTOL) aircraft. The consortium will test real UAM operations in a U-space eco-system for coordinated flights of different drone types in various scenarios, with live flights taking place in Spain, the Netherlands and the UK. The European Union Aviation Safety Agency plans to put U-Space, a drone traffic system, in place in 2023.

Read more about ANRA Technologies: What is UTM?  ANRA working with NASA on the Grand Challenge, and making history in India with Swiggy drone delivery.