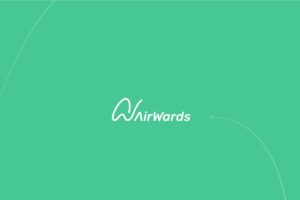 As we all know, one of the toughest nuts to crack in helping the drone industry to “fly” is community acceptance. How can we change the hearts and minds of the public so that the average person views drones as being critically important to society – and not merely as scary airborne privacy-invading robots? Enter: Airwards!

Founded by United Kingdom (U.K.) native Richard Nichols, this not-for-profit is all about recognizing drones-for-good use cases through a global awards program. In a recent Interdrone Dawns at Drone podcast, Nichols explained, “Recognition propels people. It propels companies.”

The additional Airwards value proposition is that visibly recognizing inspiring drone uses will also, in turn, will positively impact public perception of drones.

Airwards plans to recognize the “what-where-why” of impactful drone use to highlight the people and companies that are, in Nichols words, “making a positive impact.” The “what” focuses on the different facets of the drone ecosystem in the areas of technology, operations and supporting services such as consulting and insurance. The “where” is about the industry field being impacted such as agriculture, energy, media and transportation. The “why” component consists of the stories that relate how the person or company is “giving back” to the world through their drone usage. You can review the specifics of each category here.

The way it works is primarily through self-nomination through the Airwards nomination portal. Nichols also created a People’s Choice category, where anyone can nominate the good works of another person or company. The submission period for all award types and categories closes out on March 12th.

Once the nominations are compiled, they will then be judged by a hand-selected panel of independent global experts from across the world including the U.K., United States, South Africa, Austria, Switzerland and Senegal. While those judge’s names will be announced in the coming weeks, Nichols revealed that Charles Werner from DRONERESPONDERS will be among the group. The nomination portal for Year 2  judges is already open.

Judges will have April through early May to finalize their selections. A short list of semi-finalists may be announced at the end of April. Winners, and runners up (2-3 Honorable Mentions), will then be announced in the last week of May during an online “Award Winners Week.” That week will consist of a week of online engagements where each category will, in Nichols’ words,  “have its moment.”

Nichols would not reveal the types of submissions and use cases he has been seeing to date, other than to say it has been “eye-opening” to see the variety of incredible things that folks are using drones for right now. We’ll just have to stay tuned and see for ourselves when the winners are announced.

Those winners will benefit from this recognition…and more. For now, besides securing a place in the shining spotlight, winners will also receive a certificate of recognition, trophy and potentially a digital swag bag. Nichols has bigger plans to grow the program into next year and the years beyond. The vision is to ultimately secure  a television spot. Oscars, look out!

Nichols is active on social media, particularly on LinkedIn. He also created some unbranded and free GIFs to spread the word about the global goodness of drones.

So spread that good word – and together, we can make a difference for this industry. Links to do so follow: 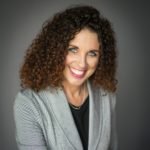 Dawn M.K. Zoldi (Colonel, USAF, Retired) is a licensed attorney with 28 years of combined active duty military and federal civil service to the Department of the Air Force. She is an internationally recognized expert on unmanned aircraft system law and policy, the Law-Tech Connect™ columnist for Inside Unmanned Systems magazine, a recipient of the Woman to Watch in UAS (Leadership) Award 2019, and the CEO of P3 Tech Consulting LLC. For more information, visit her website at: https://www.p3techconsulting.com.