A New Wave of Brainy Bikes Do Everything but Ride Themselves

The top of Monarch Crest trail outside Salida, Colorado, provides a stunning view, a 360-degree vista of the Continental Divide and the 14,000-foot Collegiate Peaks towering to the north. But as I clip into my mountain bike’s pedals, I’ve got more than selfies on my mind. I flip open the compression damping switches on my suspension fork and rear shock. I lower my telescoping “dropper” seat post to move the saddle out of the way. I shift to a sprocket in the middle of the gearing range to keep chain tension high. And when my rear tire bottoms out on a rock a few seconds into the descent, I wish I’d thought to check its air pressure before starting the 6,000-vertical-foot ride down.

Modern bicycles—mountain, road, even utility bikes—offer an array of capabilities that didn’t exist even a decade ago. But like with any sophisticated technology, more features mean more things for riders to monitor and control, stealing attention from what matters most.

What if all these things took care of themselves? What if my mountain bike’s suspension responded instantaneously to terrain and raised or lowered the seat based on whether I was going uphill or down? What if a commuter e-bike shifted gears based on speed, torque, and pedal cadence? Or integrated lighting and proximity alerts, with turn-by-turn directions in the dashboard to guide you on the safest route?

“What if” is the wrong question to ask here, because these ideas are no longer theoretical. Some of these systems are on bikes today; others are fast approaching the market. Last month, cycling component company SRAM debuted an electronic drivetrain that wirelessly changes gears and can be customized with a mobile app, called AXS. That follows on the release, last summer, of Fox Racing Shox’s Live Valve, an electronically controlled suspension system that reacts almost instantly to terrain, and the year before, an automatic gear-shifting mode for Shimano’s STEPS e-bike drivetrain.

The really fun stuff comes next: systems that talk to each other, creating a kind of two-wheeled singularity. The bike that does everything except ride itself.

Digital technology isn’t new to cycling; electronic shifting and suspension systems first appeared in the 1990s. But these early efforts, which longtime Shimano product manager Dave Lawrence calls “big, bulky, and complicated,” didn’t catch on. They just weren’t very good. They did, though, forecast the kind of capabilities bikes would have when the technology caught up to what we could imagine.

Now innovations are debuting on high-end bikes for enthusiasts. And they have the potential to filter into the broader world of two-wheel transportation, to spread from ultralight road racers and burly mountain bikes to commuters and cargo bikes—perhaps even to the casual cruisers used for a Saturday morning spin to brunch.

This evolution is based on rapid advances in battery energy density, communications protocols, and sensor technology, pushed along by smartphones and connected home devices like smart thermostats. Take the multiaxis accelerometers at the heart of Live Valve, which change the suspension damping just three milliseconds after detecting a bump. “Twenty years ago, those were $100 each and huge,” says Everet Erickson, the engineering manager for Fox’s Advanced Development Group. “Now they’re 40 cents,” and fit so snugly into the frame that you have to look closely to realize they’re there at all.

Lithium polymer batteries from smartphones help keep weight gains from digital integration to a few ounces, vital when the human is the motor. The systems they power are more economical than ever thanks to evolutions in wireless communication. For its wireless shifting, SRAM created a programming language related to the ZigBee home automation protocol. The result is a low latency, power-sipping system that lets the wireless shifters run for up to two years on a pair of conventional nickel-sized lithium batteries.

Both Shimano and SRAM’s electronic shifting systems now offer user customization, including modes that pick the right gear combination for drivetrain efficiency. Riders can control all that from mobile apps, and in SRAM’s AXS app, they can enable maintenance reminders based on data from the drivetrain like gear combinations, battery use, and even rider workload. Garmin’s Varia radar can detect overtaking vehicles and brighten the bike’s taillight in response. A compatible Garmin GPS computer on the handlebar warns the rider of the vehicle’s relative approach speed. What these technologies largely don’t do yet is talk to each other. But that will likely change soon.

“Any company that tries to build a closed ecosystem is going to be limited in their success or just outright fail,” says Chip Hawkins, founder and CEO of Wahoo Fitness, which makes cycling computers and “smart” stationary trainers. Wahoo supports dozens of third-party apps and hardware integrations with Shimano, SRAM, and others.

E-bikes, which offer a rider assist from a small electric motor and high-capacity battery, are a likely avenue for further integration, according to Shimano’s Lawrence. His company’s Di2 computing system already has built-in wireless communication, and now allows you to control screen functions on Wahoo computers via shifter-mounted buttons. Nothing stops Fox, or any company, from adding a Bluetooth LE antenna. So it’s not hard to imagine, in a few years, that these disparate systems might be integrated. Firmware updates could even unlock new features from old hardware.

Two large obstacles remain. First, digital integration is not cheap. “There’s a fixed cost and a performance standard and you can’t cheapen that,” notes Shimano’s Lawrence. Shimano’s Di2 wireless shifting, for instance, is at least $700 more as an aftermarket upgrade (less when purchased on a new bike). Live Valve adds $2,000 to a new bike, and more in the aftermarket. To reach commuter and utility uses, it’s going to have to come down in price. That may come in time. Prices for bikes with electronic shifting dropped quickly in the first few years, but the $3,000 mark has proved a stubborn threshold.

Second, companies must get the rider experience right. A casual cyclist in an urban setting might want full automation: a drivetrain always in the right gear, and a bartop computer that conveys everything from which way to turn to whether a bus is overtaking on the left. A hardcore mountain biker might want something like a suspension tune she can customize, based on factors like her choice of trail for the day.

Oh, and all has to work perfectly, and consistently. “You can learn to ride a poorly set up bike,” says Fox’s Erickson, because even if it’s not great, it’s at least consistent. “But if you don’t know what it’s going to do, that’s dangerous and not fun. A sophisticated autonomous system has to make the right decision all the time.”

Individually, those systems are almost there now, but I’m most excited for when they start to talk to each other, and to me. In a busy urban situation, an automatic drivetrain might free up more of my attention to my surroundings, while my radar and dashboard computer alert me to threats I might otherwise miss, and even monitor things like how much life my brake pads have left.

Should I return to the Monarch Crest in a few years (I will; it’s one of the best mountain bike rides in the US), I might not even have to stop for that selfie on the ridge. Instead, my drone, flying via autopilot linked to my bartop GPS computer, will capture crisp 8K pano footage of the descent for a latergram. My tire pressure monitor will alert me to top off air to prevent that wheel-crunching impact with the rock. And I’ll just have to point the bike down this loose, shale-filled slot and enjoy the ride. 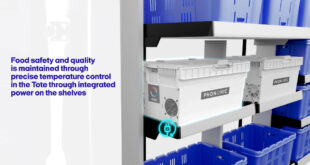 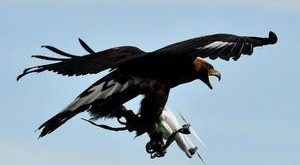