“We couldn’t have been happier with the turnout out of attendees and the large number of insightful presentations during the summit,” said John Nelson, vice president of UAS Magazine and BBI International. “In addition to the content, this event really demonstrates the effort, investment and focus the state of North Dakota is putting into the UAS industry.”

Grand Sky, a UAS-specific business and aviation park located at Grand Forks Air Force Base near Grand Forks, North Dakota was one of the sponsors at the summit. Its president and CEO Tom Swoyer commended BBI International for its work putting together the first in-person UAS Summit & Expo since 2019.

“We think that BBI has done a good job organizing the summit over the years and bringing really relevant topic matter together, but also it’s our hometown.” Swoyer said. “It’s the hometown of Grand Sky, so we wanted to be very supportive of it.

Swoyer said he took a different approach to this year’s event by foregoing any speaking and sitting it out to hear what others had to say in their presentations.

“I wanted to sit and listen,” Swoyer said. “I think we are at a pivotal inflection point in the industry where we’re so close to so many really key things happening, like widespread beyond line of sight, much more commercial activity going on, and so I think the inflection point now is you can’t really kind of be a jack-of-all-trades in UAS now, you really have to specialize in the field you want to work in. So, we wanted to take a real ‘sit back and listen’ approach to the summit and listen to the stories people were telling, the presentations they were making, the investments they’re making and the technology they’re developing so we can start to pick and choose some of the directions we can go in from Grand Sky’s perspective.”

Swoyer thanked people like Senators Cramer and Hoeven, the latter of whom also helped dedicate Grand Sky’s new multi-tenant facility, for coming to town to draw attention to the industry.

“We have the senators come, the lieutenant governor come, and state dignitaries come and demonstrate their support for the industry and for Grand Forks by coming out and talking about this,” Swoyer said. “We get to talk about the investments we’ve made.”

The summit draws people from across the country into North Dakota and the Grand Forks Region, which Swoyer said helps Grand Sky network with them. It creates local business opportunities, as well as bringing in revenue to the city.

“Grand Sky is great to talk about, but you really have to come out and see it to understand it, and so for us, the summit gives additional reason for people to come to Grand Forks,” Swoyer said. “They say, ‘Oh, I’m going to go to this conference and possibly speak at it. While I’m there, I’m going to go to this test site, and UND, and I’m going to go see Grand Sky,’ and that makes now a trip really worthwhile, and companies instead of just sending one person to a conference, they send four, five or six. Then, we start getting into a dialogue about ‘What are your operational needs, and how can they be met at Grand Sky?’ Next thing you know, you have a new tenant.”

About UAS Magazine
For commercial manufacturers and operators, UAS Magazine exclusively highlights the most critical developments and cutting-edge technologies for unmanned aerial systems in the civil, agriculture, defense and commercial markets worldwide. UAS Magazine’s readership includes executives, directors, managers and operators from companies and organizations focused on expanding their knowledge of unmanned aerial systems. UAS Magazine is an industry hub connecting decision-makers, who are looking for new technologies, with the most innovative companies. 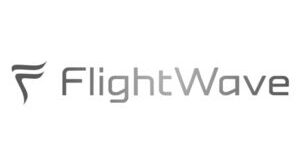 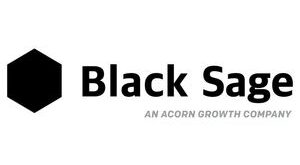 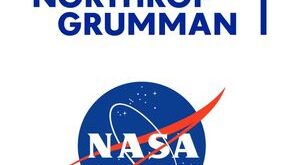